Monday, December 25th: Deborah and I drove up to Deborah’s niece in Caledon for Christmas dinner. We took Pinot the Wonderdog with us and she barked for the entire journey. I brought up five bottles of wine, which I tasted before the meal.

Wednesday, December 27th: Worked on my Blind Tasting Award for the Ontario importers, getting the wines together. It will be held at the IWEG offices in Toronto on January 4th. In the afternoon we were invited to Donald Ziraldo’s son Aspen’s 5th birthday party at Donald’s house on Niagara Parkway. We brought him a Lego dinosaur kit. For dinner lamb chops with a bottle of Inniskillin Discovery Series Baco Noir 2016 (deep ruby colour; blackberry nose with a note of oak; medium-bodied, dry, sour cherry flavour with lively acidity (87)).

Thursday, December 28th: Our first dinner party in the new house – John and Laurie Nadeau and Craig McDonald. Started off with appetizers in the kitchen with a bottle of Fresne Ducret Reserve Champagne which I had brought back from my last visit to Champagne. Next wine, Domaine Queylus Chardonnay consumed with Penfolds Magill Estate Shiraz 1994 (graciously provided by Craig), Vinarija Dingač Vrhunsko vino Plavac mali 2006 (from Croatia) and MontGras Quatro 2007 from Chile.  Followed by a selection of cheeses.

A pre-New Year’s gathering at Meg and Phil Dowling’s house. It was meant to be a New Year’s Eve Party but Phil had booked a flight to Australia for the next day at 12:30 (except his booking was am and not pm – so they decided to have the party anyway). Everyone was asked to bring a sparkling wine (I brought a Bouvet Excellence Crémant de Loire) but most people brought Champagne. Phil cooked an amazing meal: steak, lamb chops, chicken, turkey pot pie (by Helen Pennachetti), potatoes, peas and ratatouille; cheeses and chocolate ice cream balls. And lashing of red wine.

Sunday, December 31st: New Year’s Eve and tomorrow is Pinot the Wonderdog’s 13th birthday. Saw in the New Year at John and Laurie Nadeau’s with much sparkling wine and a Turkish red. John had prepared three fondue pots for beef and chicken; cheese and vegetables and chocolate with mini donuts. A great evening. 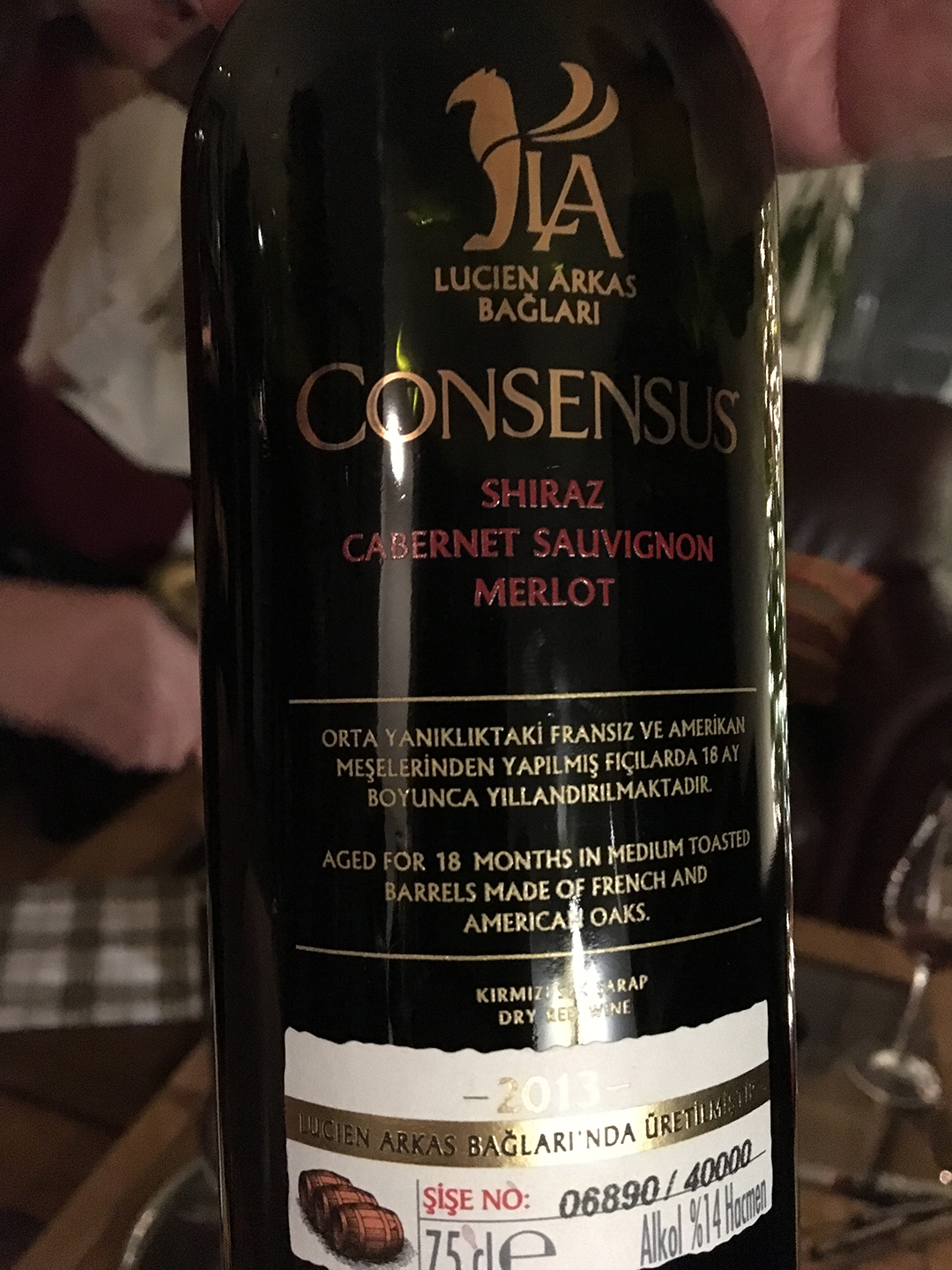