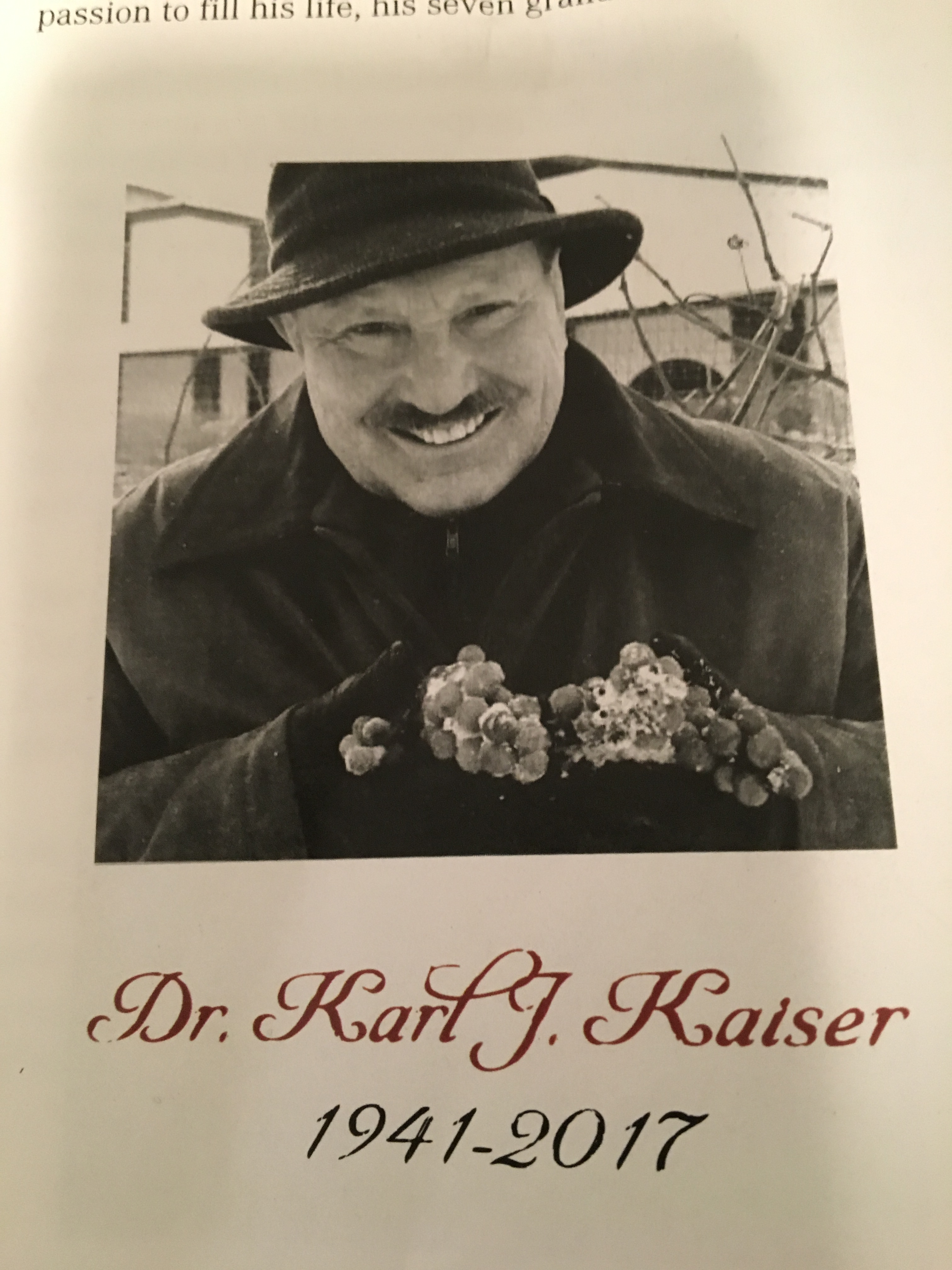 Monday, December 4th: Wrote up my 680 NEWS wine reviews and raked leaves in the back garden. For dinner, a bottle of Cloudline Pinot Noir 2015 (Oregon, $28.95 – ruby colour; a high-toned nose of cherries with earthy, floral notes; medium-bodied, dry, well-balanced cherry and raspberry flavours with lively acidity (89)).

Tuesday, December 5th: Deborah is in Toronto today so I gave Pinot two long walks. She has two favourite destinations in opposite directions – to Henley Island, where there is a huge open space for dogs, and the waterfront trail along the shore of Lake Ontario. At Henley we met a bulldog named Joe Friday who carries a metal food dish with him wherever he goes and won’t surrender it. 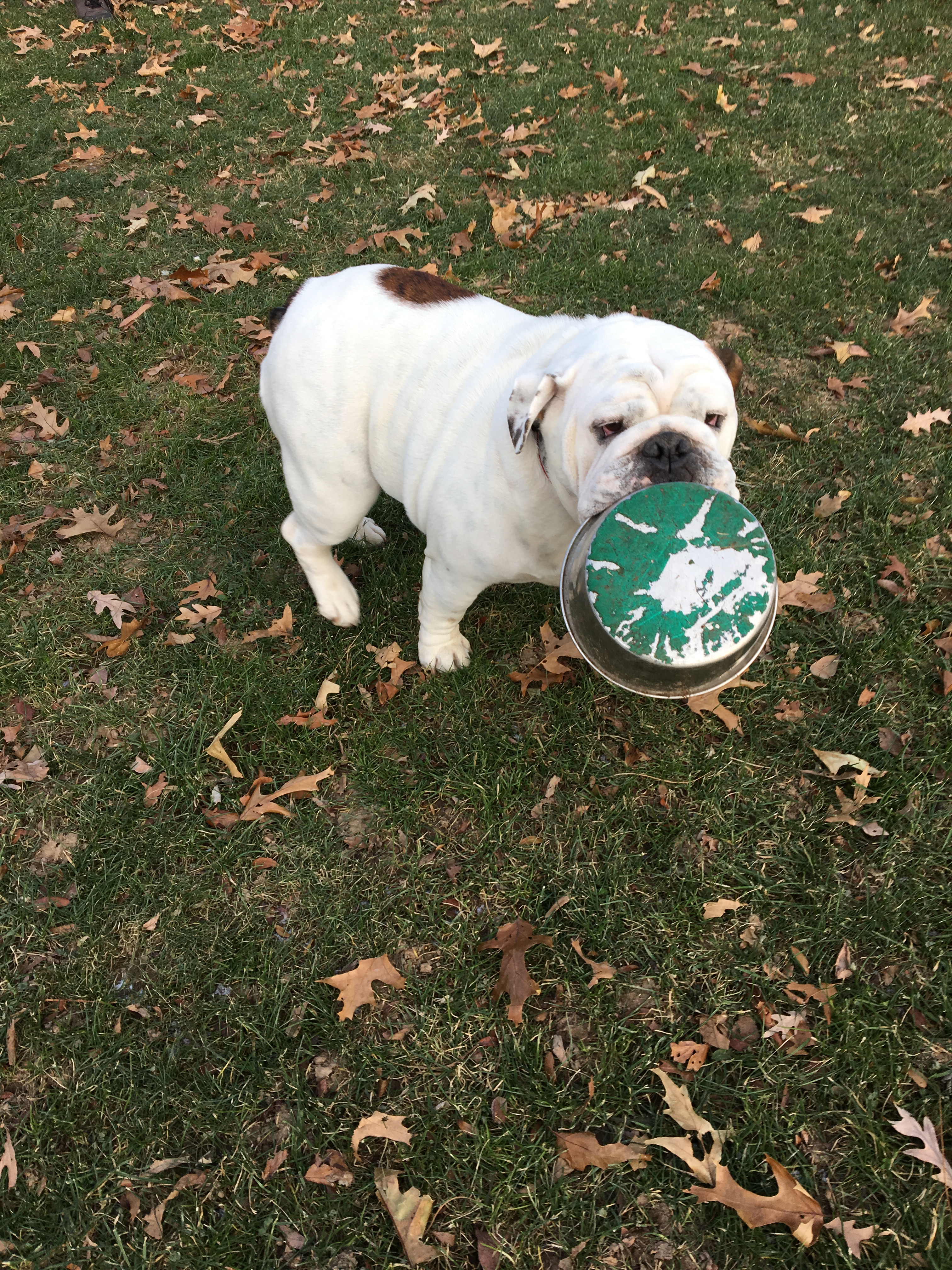 Wednesday, December 6th: A handyman came by to hand the paintings on the walls. The pride of place goes to the Chagall print we purchased on our Baltic cruise last August. Now that the paintings and photos are up the house is beginning to look like a home, although there are still boxes to be emptied. Opened a bottle of Don’t Poke The Bear Red 2016, billed “a cheeky blend of Cabernet and Ontario’s newest favourite, Baco Noir” ($14.95 – dense purple colour; spicy, cedary-herbal nose of black fruits; medium-bodied, dry, spicy, clove, slightly sweet, blackberry flavour; fruity but firm and commercial (88)).

Thursday, December 7th: An eye appointment today. Happily, the prescription for my lenses is the same although the ophthalmologist wants me to come back next week to check my peripheral vision. For dinner, with chick pot pie, Gérard Bertrand Corbières 2014 ($18.95 – deep purple-ruby colour; cedary-herbal, blackberry nose; medium-bodied, dry, savoury, firmly structured, fresh acidity with ripe tannins and a pencil lead note on the finish).

Friday, December 8th: Worked on selecting wines for my blind tasting award – an event for the Ontario importing agents that I started in 2000. In the evening Deborah and I drove to The Hare Winery for a Celebration of Life for Karl Kaiser, Inniskillin’s co-founder and long-time winemaker. It was a very moving experience with heart-felt speeches from the family and colleagues who had worked with him. In my estimation, it was Karl Kaiser who created, single-handedly, Ontario’s international reputation for Icewine. Debi Pratt, the Public Relations Director for Inniskillin for many years since its founding, showed me the scrapbooks of newspaper cuttings. There was one of me with Karl when we made wine together with Franco Prevedello – which was labeled “Franco & Antonio Vidal 1982.” I had a wine column in the Toronto Star in those days and the bottles were given away to readers. At the tasting bar were some of the library wines Karl had made – Inniskillin Cabernet Fran Reserve 1996, Pinot Noir 1997 and three vintages of a Pinot Noir called Alliance (1993, 1995 and 1997) which Karl made with Bérnard Repolt from Burgundy.

Saturday, December 9th: Deborah and I drove into Toronto for a Christmas party in Rosedale we’ve been going to for years. The hosts set a theme and this year it was Dickens. I made a sign which I hung around my neck, reading: “Great Expectations” and below I glued an apple pip. Always great wine and food here. 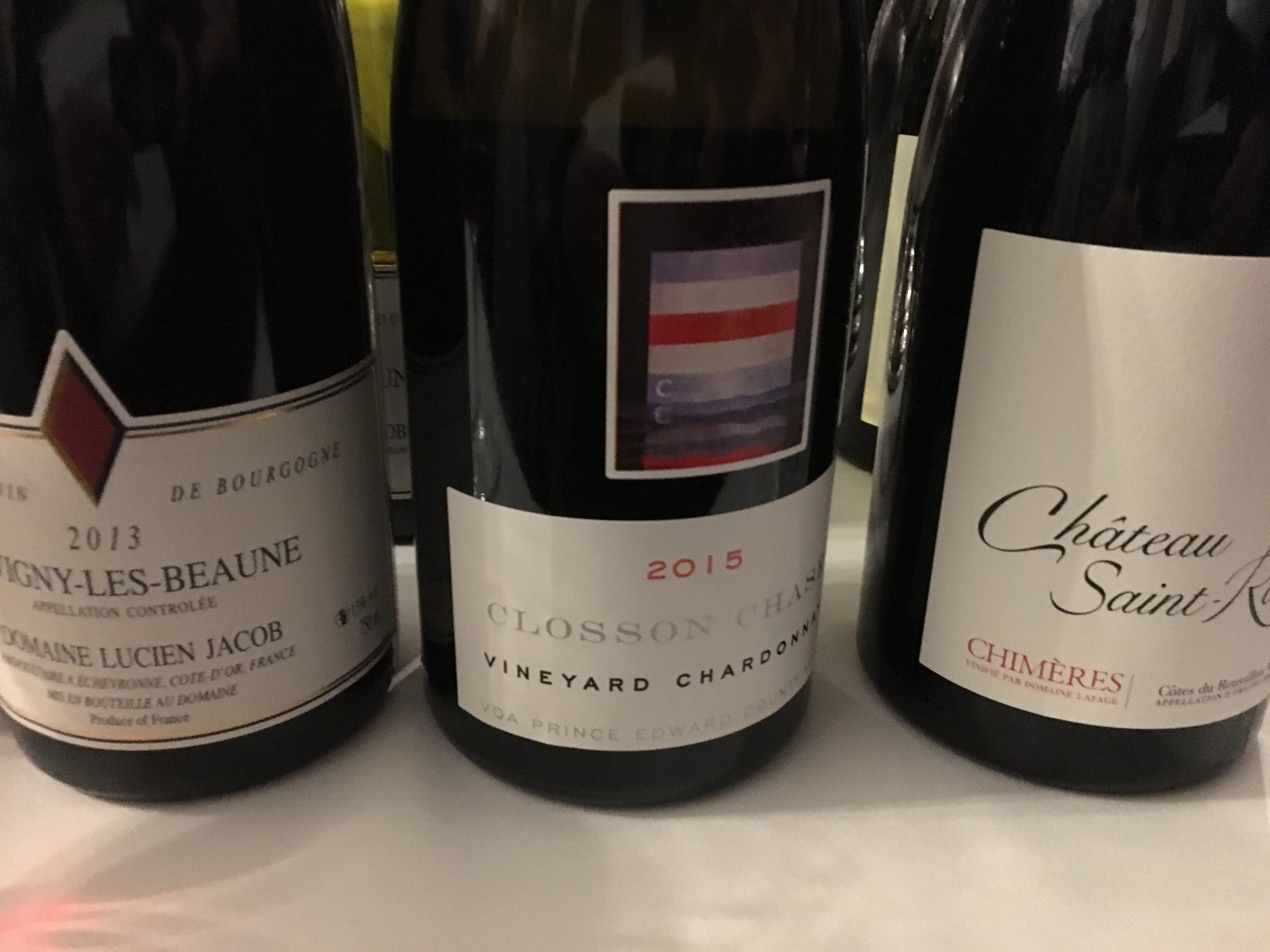 Sunday, December 10th: Deborah and I were invited to an annual event put on by members of the local chapter of the International Food & Wine Society. It was held at the newly-rebranded London Born Winery (formerly Aure) just north of the Beamsville Bench. The Hoare family who own the winery are transplanted Londoners and they name their wines after London boroughs. Everyone brings food and the wines are from the chapter’s cellar. Winemaker William Hoare makes an impressive Blanc de Noirs 2015 bubbly.

William Hoare and his bubbly