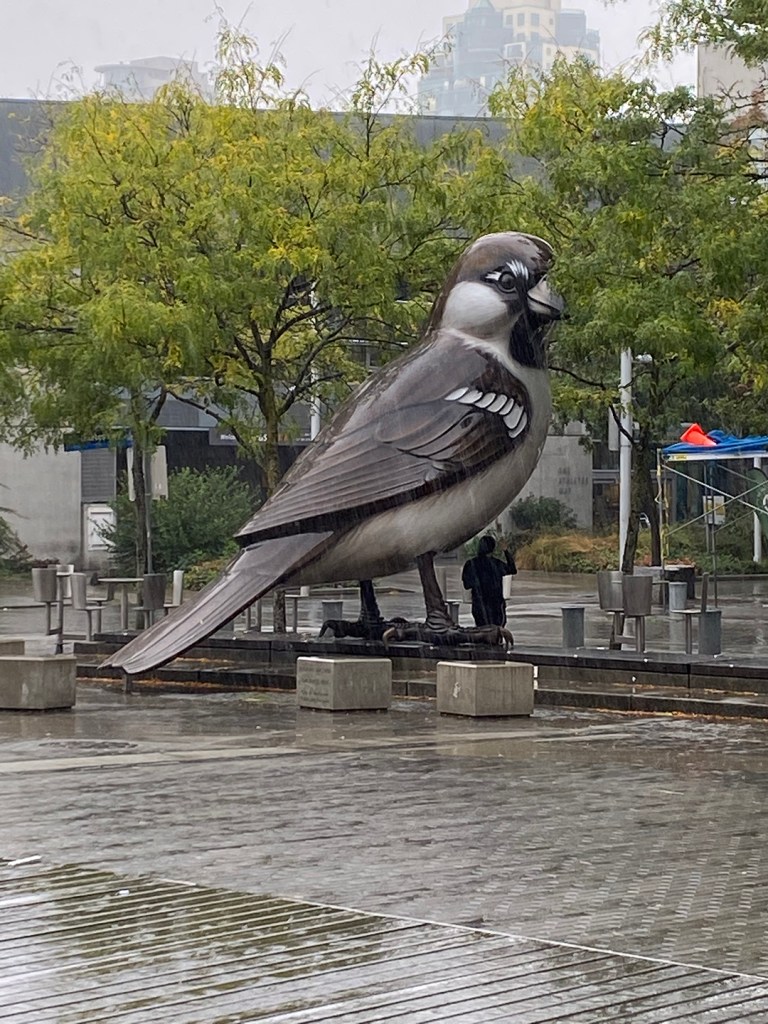 Pigeons are big out west

Friday, September 17th: A 7:30 am Swoop flight from Hamilton to Abbotsford in BC – to visit our daughter Annabel and grandson Declan. In the seat behind us was a toddler who screamed like a wounded animal the entire five-hour flight. Annabel picked us up for the drive into Vancouver. Our friends Pam and Pat dropped by with a couple of bottles – Checkmate Chardonnay and Merlot. I had picked up a bottle of my friend Rhys Pender’s Little Farm Cabernet Franc Merlot Rosé 2020 (from Similkameen), which we opened with our friends. Ordered in pizza for dinner. 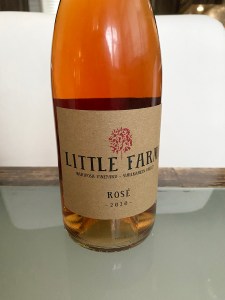 Saturday, September 18th: Annabel was fostering a Staffordshire Pit Bull named Penny (in addition to her own pit bull, named Pedro). We walked the dogs around Trout Lake before lunch and then drove to Langley to hand Penny over to her “forever family.” Conveniently, the meeting place was Township 7 Winery in South Langley; so, naturally, once the dog had been delivered, we went in for a tasting. 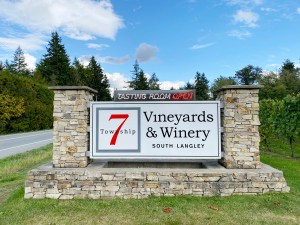 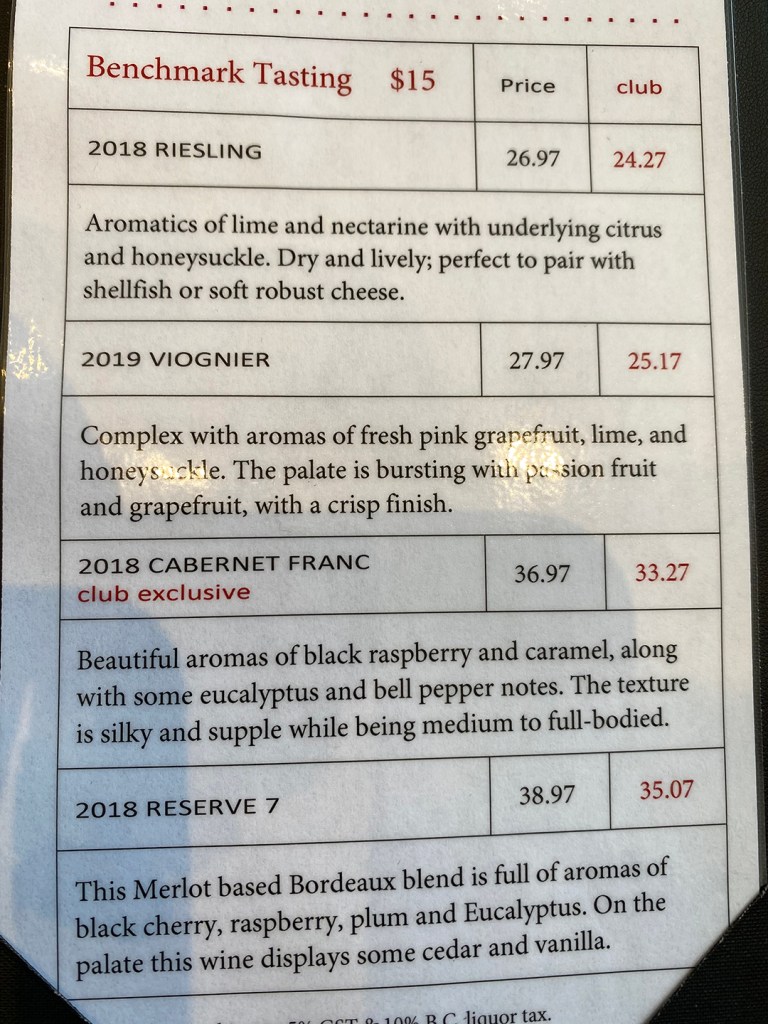 Then we drove into White Rock for dinner at Five Kitchen & Oyster Bar (which overlooks the White Rock pier, apparently the longest pier in Canada). White Rock must also hold the record for the oceanside town with the most ice cream parlours per square inch. Deborah and I shared six oysters. She had fish in beer batter with chips and I, a pot of mussels and clams. The wine – Oyster Bay Sauvignon Blanc 2019.

Sunday, September 19th: A morning flight back to Hamilton, mercifully uneventful – apart from an $84 charge for parking two nights at the Hamilton Airport.

Monday, September 20th: Drove into Toronto for the funeral of a friend. A sad occasion, seeing people we had not seen since Covid struck.

Tuesday, September 21st: Lunch a Trius on the patio with two Toronto friends. Trius Sparkling Rosé, Trius Showcase Wild Ferment Chardonnay 2019, Trius Showcase East Block Cabernet Sauvignon 2017. For our weekly Zoom wine party at 5 pm on Tuesday, the theme was Viognier. So, I picked up a bottle of Trius Viognier 2018 (which I drank with spaghetti and pesto sauce. Delicious!). 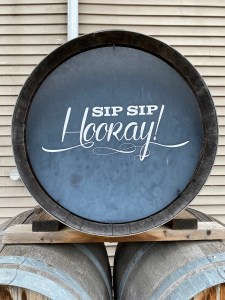 A message in a barrel at Trius 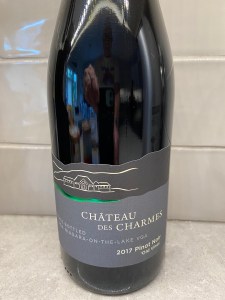