Words and Whiskey with Donal O’Gallachoir of Glendalough Distillery

This is a guest article by Tod Stewart, contributing editor of Quench magazine.

I may be starting to repeat myself, but some things are worth repeating. In this case it’s that there is a continuing reinvention/renaissance of the Irish whiskey industry taking place today. Having gone from one of the most popular whiskeys on earth to virtual extinction, Irish whiskey is now once again capturing back a global market. Donal O’Gallachoir, from the Glendalough Distillery, talks with us about the past and present, and peeks into the future of Irish whiskey. 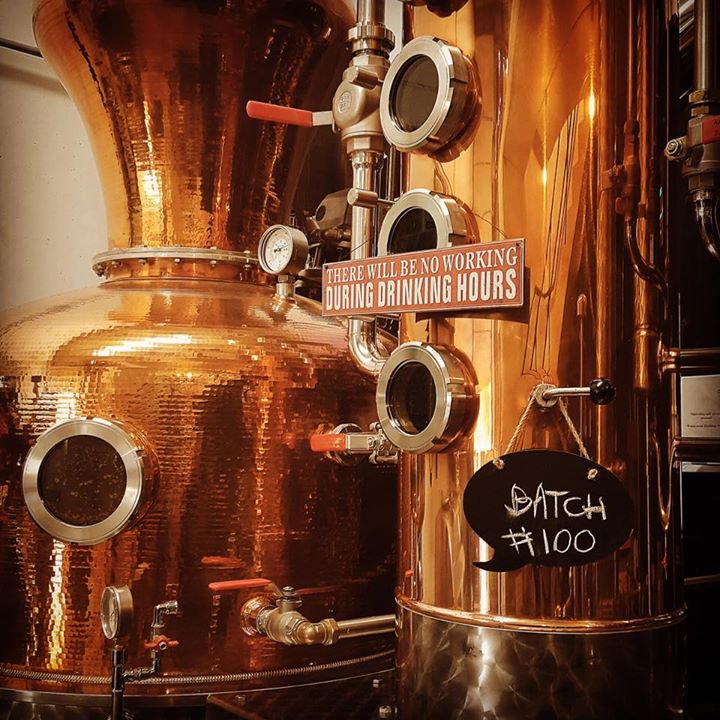 Quench: What inspired you to establish Glendalough?

Donal O’Gallachoir: A big inspiration for us in setting up the distillery was to respect the distillation heritage within Ireland. Myself and my cousins and friends all worked in and around the drinks industry, and if you work in the drinks industry in you learn about this history and heritage of distillation in Ireland where there was once over 2,000 distilleries crafting whiskey in a wealth of different styles, but it was an industry that was largely wiped out. While whiskey production in other parts of the world was growing and being transformed, the Irish whiskey industry was in a sorry state of affairs. Irish whiskey continued to be perceived by other countries as a light, sweeter style that you knock back in “Irish” bars….

O’G: Not at all. Ireland has a rich and diverse distilling history stretching back to monastic settlements – there are records dating back to 584 AD – where recipes and techniques were passed from society to society in the 6th century. Whiskey styles – and pronunciations – changed when the English came in, and production ramped up to the point where Irish whiskey was exported to all corners of the globe. The focus then was on the use of pot stills, which grains to use, and the casking of whiskey in sherry, madeira and port. Then, with trade links established throughout Europe, Irish whiskey basically took over the world for nearly 400 years with big, heavy malt whiskeys and later Single Pot Still whiskeys.

Q: What changed this?

O’G: A couple of things happened that nearly wiped Irish whiskey off the earth: the first was the First World War, which really cut in to the discretionary income of European consumers. Then there was our own Irish War of Independence, which disrupted domestic life and diverted whiskey-making resources elsewhere. After that, we ended up in a trade war with Britain and all its colonies – all big export markets – that set the industry back even further. And when it seemed it couldn’t get any worse, the US entered into prohibition, which was almost like the last nail in the coffin of Irish distilling. Most of the smaller distilleries shut down and the remaining ones banded together – with the backing of the Irish government – to try and make another go into the global market.

Q: And success was elusive?

O’G: What happened was the majority of the world’s whiskey consumers were now into blended scotch – this was in the ’60s and ’70s. The Irish whiskey industry responded by introducing a lighter, blended style, which, yes, certainly helped get the industry back on its feet again. But what we lost were the old-style Irish whiskeys that were heavier and had much more character. This was the style that we wanted to bring back.

Q: Which means you’re likely opting out of blends.

O’G: All of our whiskeys are singular in style, so nothing is blended. Everything is aged barrel by barrel and none are chill-filtered. We are trying to make decidedly different Irish whiskeys with distinctive flavour profiles. I should also add that running in parallel with the lighter style of the big producers was the predominant use of ex-bourbon barrels for aging Irish whiskeys, which tended to add sweeter notes to the final product.

O’G: We do use ex-bourbon barrels for the primary part of the maturation process, but I would say that its our finishing casks that impart the real character to the final expressions. Take our Double Barrel. It’s initially matured in ex-bourbon barrels, but it’s finished in Oloroso casks – but not your typical Oloroso sherry casks. We actually use Montilla Oloroso casks. Montilla Oloroso is made from the Pedro Ximénez grape rather than Palomino [used for sherry], so the flavour profile is different. 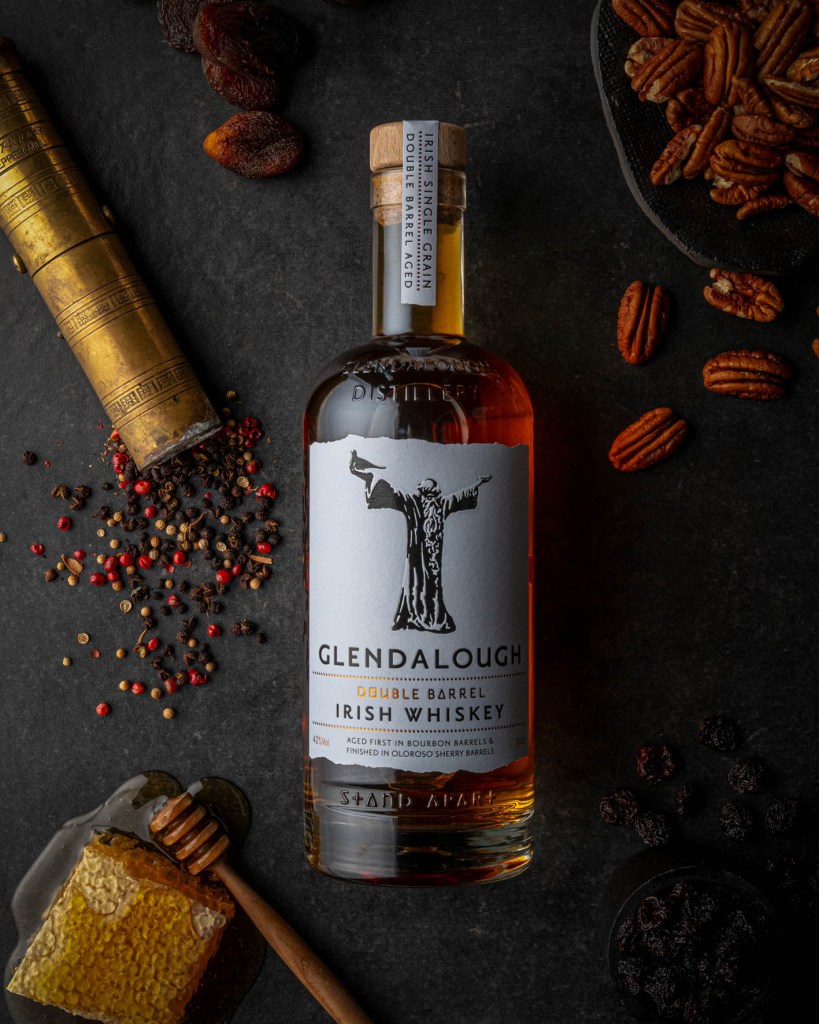 [We tasted a three-year-old grain whiskey aged only in bourbon casks against the Double Barrel. The first was pleasant enough, with the typical sweet edge from the bourbon. The Double Barrel was considerably more complex, with more pronounced malt character along with honeyed apricot/nectarine/marmalade on the nose. The palate features all those nuances, combined with a pronounced ginger/nutmeg/baking spice finish.]

Q: Let’s talk about one of your more unique oak treatments…

O’G: Before Ireland started being called the Emerald Isle it was actually called the Wooded Isle because 90 percent of the island used to be covered in forest. However, the once-plentiful indigenous Irish Oak was almost completely cleared away. The only places you find it now is on old manor houses and in the more mountainous areas. The original oak for aging Irish whiskey would have likely been our own, and as we went around the world looking for various finishing casks, it dawned on us to take a look at what would have been used historically. But before we talk about the wood, let’s talk about the whiskey going into it.

This is our pot still whiskey, and pot still whisky is really the definitive Irish whiskey style. It can only be made in Ireland and it came about back in 1785 when the English put a tax on malted barley, which was the dominant component of the main style of the time – Irish single malt. So distillers started to experiment with different grains, including green – meaning un-malted – barley, in the mash with malted barley and distilled only in pot stills [the other stills being Coffey – or continuous types]. Pot Still whiskey is known for two traits: firstly texture – it is big, oily and viscous; secondly, the tangy spice that many call a Pot Still Characteristic.

Back to the barrels. We harvest the oak trees in a very sustainable way; for every one tree felled, seven more are planted. The trees we use – Dair Ghalda – is a rare and unique native variety that’s very porous, and fast growing due to the climate in Ireland, and it lends flavours like sticky toffee and black molasses to the matured whiskey, a whiskey that has a character like nothing else out there. 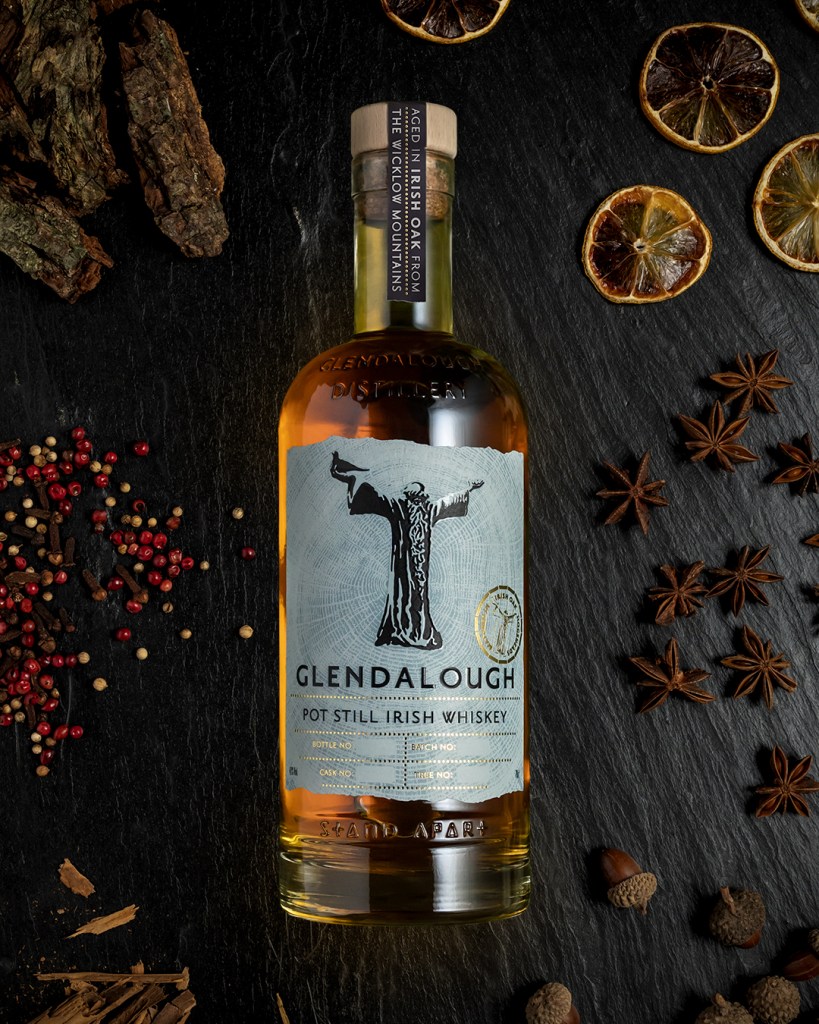 [Sampling the Glendalough Pot Still Irish Whiskey reveals a rich, viscous, glass-coating spirit, with aromatic nuances of marmalade, treacle, leather, clove and tobacco nuances. On the palate, the uniqueness of the Irish oak shines though, imparting some earthy, mildly tannic, forest mulch notes, along with dark fruit, cocoa powder and Asian spice notes. Tons of complexity in rich, warm style. As O’Gallachoir rightly observes, it’s like nothing else out there.]

Q: What are you looking forward to with future expressions?

O’G: I’m really curious to see what happens to these Irish Oak–matured expressions develop with further cask aging. But I’m also almost equally interested in reintroducing the classic style of Irish whiskey to those who either have never experienced it or have a preconceived notion of what it’s all about.

The current global situation has certainly not been welcome, but it has forced many of us to slow things down the pace and spend a bit more time appreciating art, craft and history. A great excuse for exploring all three via a glass of classic Irish whiskies like those found in the Glendalough range. 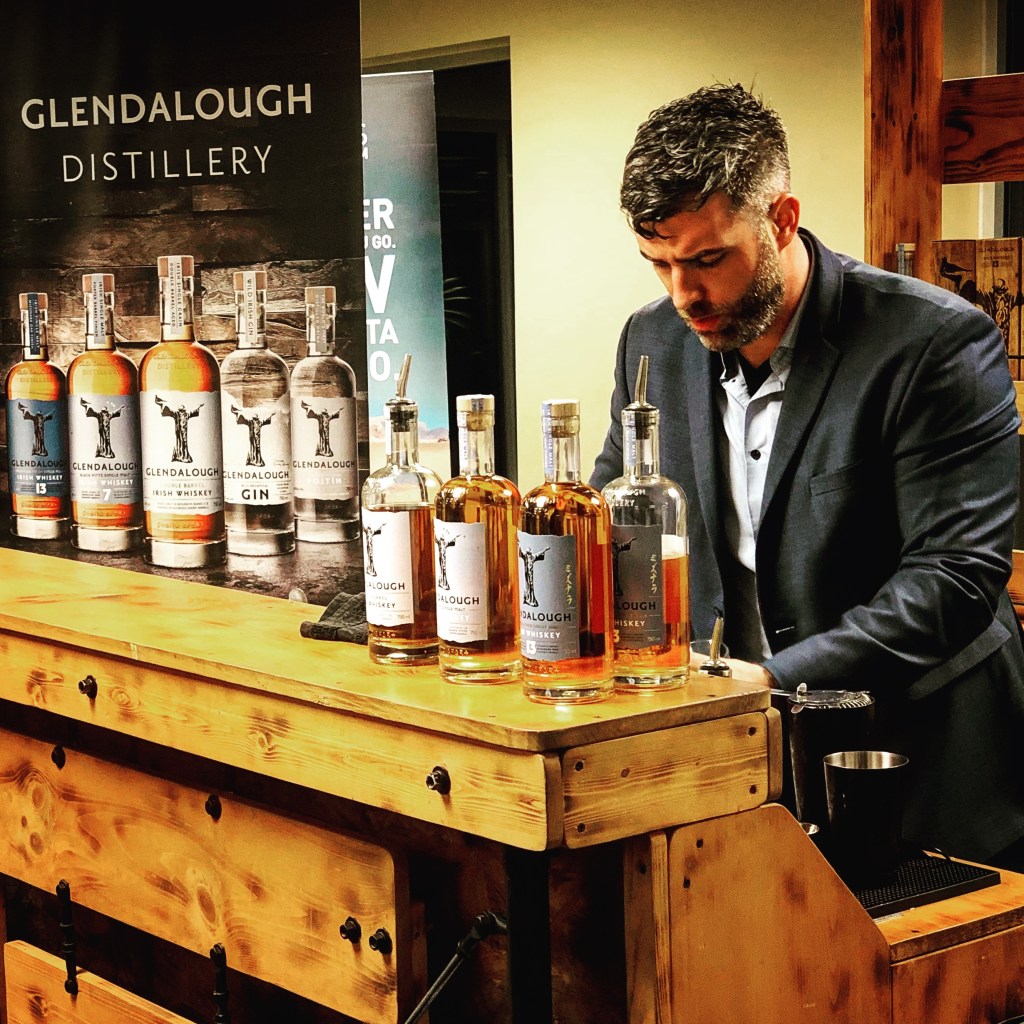 All photos are courtesy and copyright of Glendalough Distillery.