Monday, January 15th: Our friend Frank Daley drove down from Kitchener-Waterloo to stay the night with us. Cooked a leg of lamb with pommes dauphinoise. Opened a bottle of Culmina Dilemma Chardonnay 2015 and I found a bottle of Marechal Foch 2007 with no indication of the producer. It was still very much alive.

Tuesday, January 16th: Deadline looming for my Quench magazine article and wine reviews. Began writing about Icewine. Quench is dropping scores from its wine reviews, relying on words. Interesting to see if there will be reader push-back.

Wednesday, January 17th: Spent much of the day communicating back and forth with a tech guy in Pakistan. I found him through the site Fiverr. He will send me an editable word document of a short story I wrote years ago, called “The Year of the Dragon.” He wanted me to scan the pages and email them to him. My scanner wasn’t working so I photographed the pages and emailed them to him. He said he needed high rez. I replied I didn’t have the equipment so I took the pages carefully from the book and mailed them to him. Interested to see if I ever get it back.

Thursday, January 18th: Took the Megabus from St. Catharines into Toronto. It would have been a great trip were it not for two teenaged girls at the back of the bus who kept up a constant, shrill conversation the whole way. I counted how many times one of them said “like” in 45 seconds: 18.

Met up with my sister-in-law Suzanne at the Bay bus station and handed over something Deborah wanted her to have. I had to mail the letter to Pakistan and Suzanne had to buy the new issue of “Year of the Dog” stamps. The artist who designed the stamps was there signing autographs. 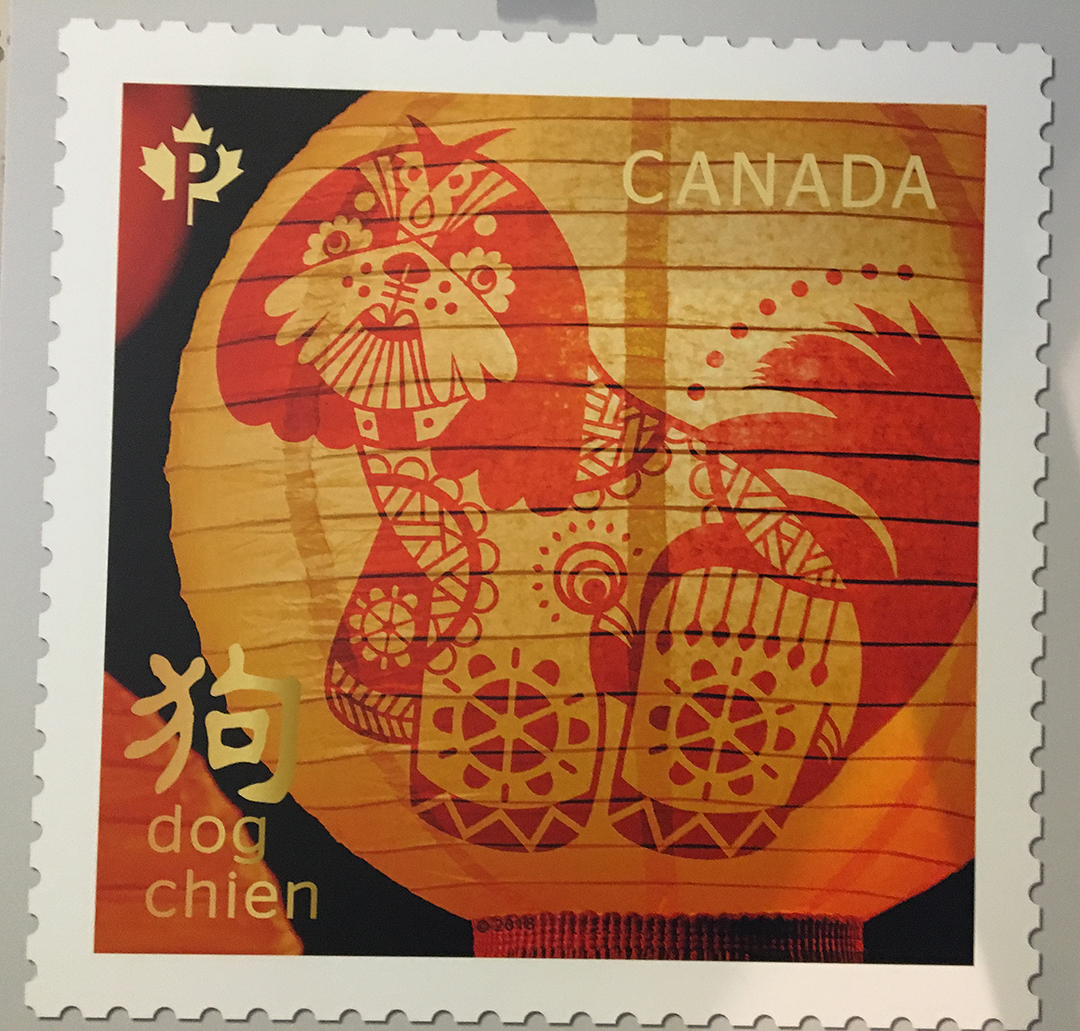 Year of the Dog stamp 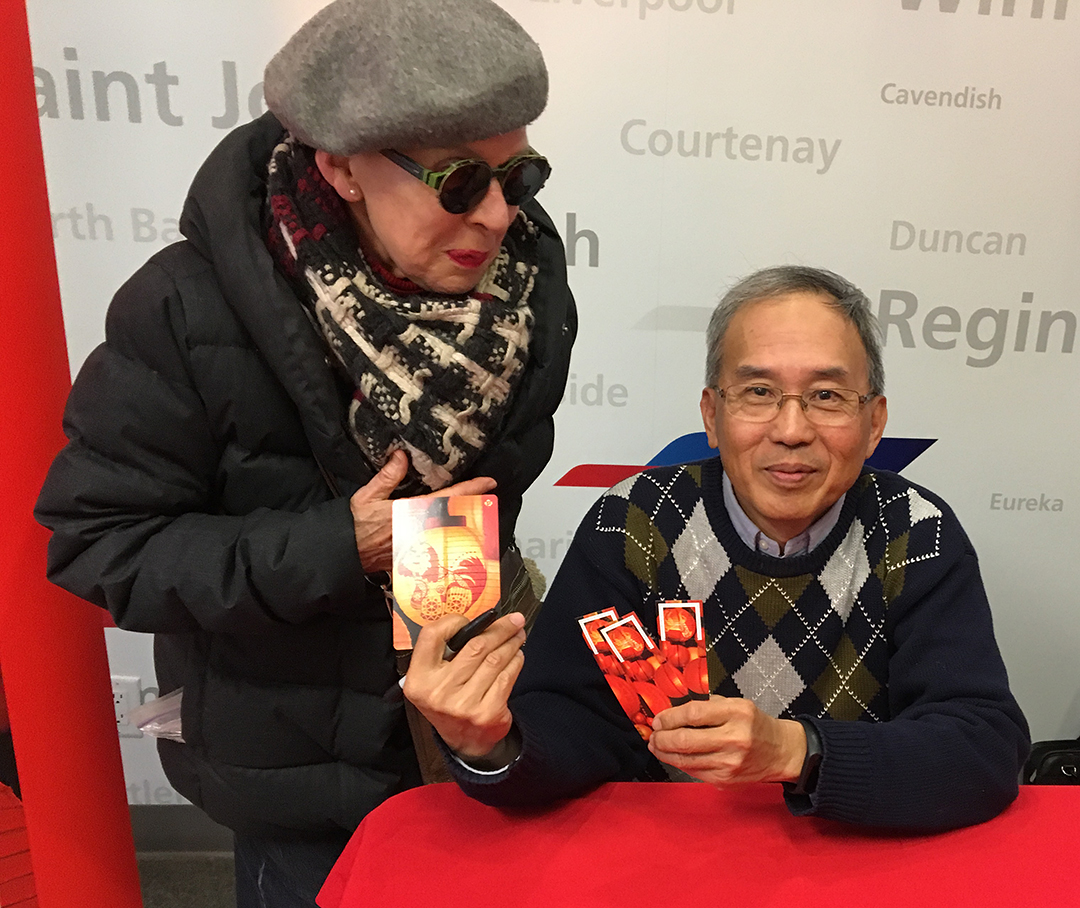 Suzanne with the stamp artist

Met David Lawrason at Leslie subway station, from where Doug Towers picked us up for our monthly tasting of winerytohome Ontario wines. Then over to Keele subway, where Michael Vaughan picked me up. We tasted a few wines:

Then Michael, Rosie and I went out to dinner at The Friendly Thai restaurant for a delicious meal. 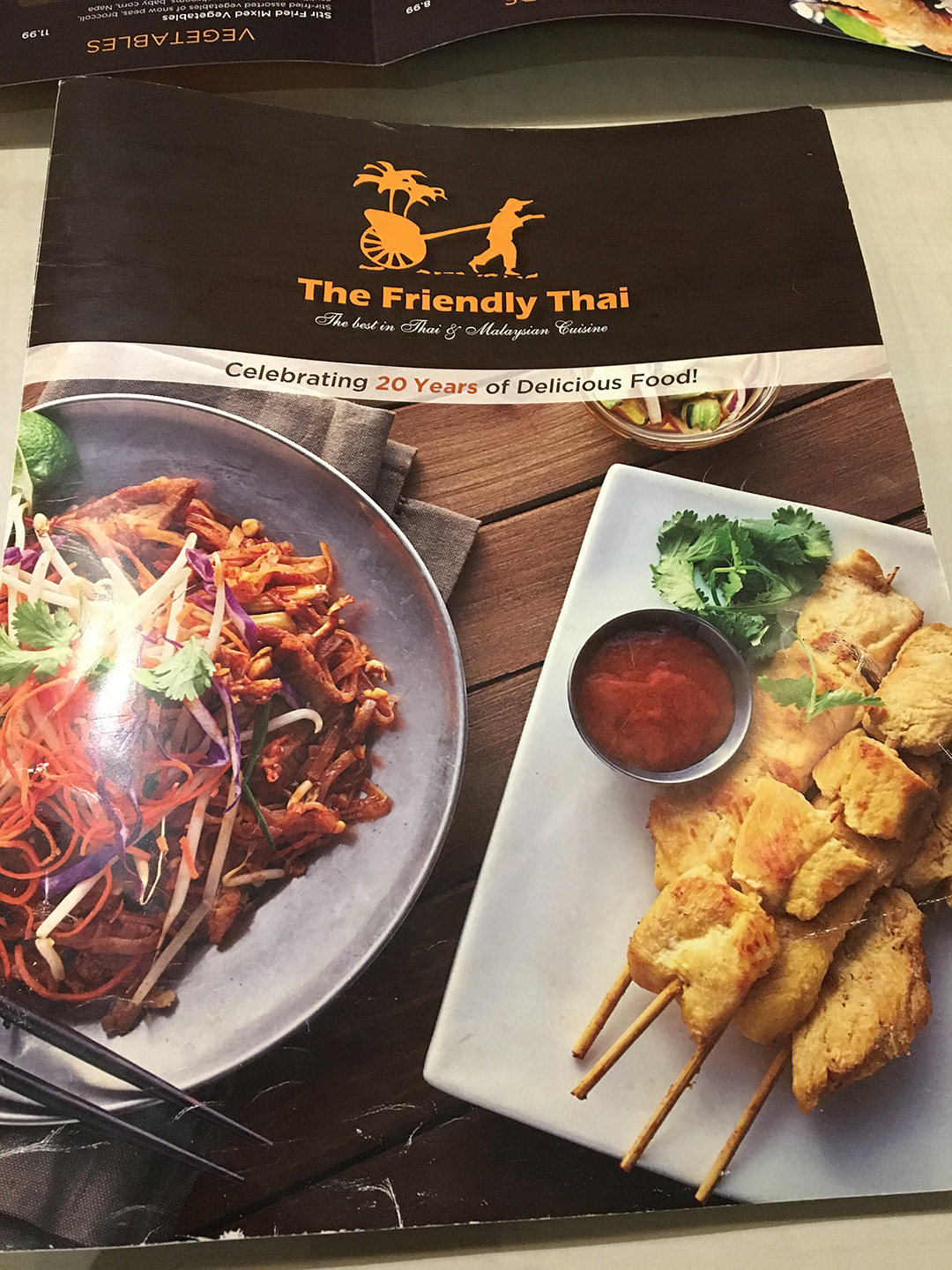 Dinner at The Friendly Thai

Friday, January 19th: Down to the LCBO with Michael for a tasting of the February 3rd Vintages release. Then caught the Megabus back to St. Catharines. Deborah and I have been invited to an Icewine dinner at Peller Estates, where they are entertaining four London-based sommeliers, one of whom, Katharine Larsen MS, judged on my Canadian panel at last year’s Decanter World Wine Awards. Before the dinner Peller staff toured us around the 10 Below Icewine Lounge, suitably dressed with parkas, where we had our first glass of Icewine. 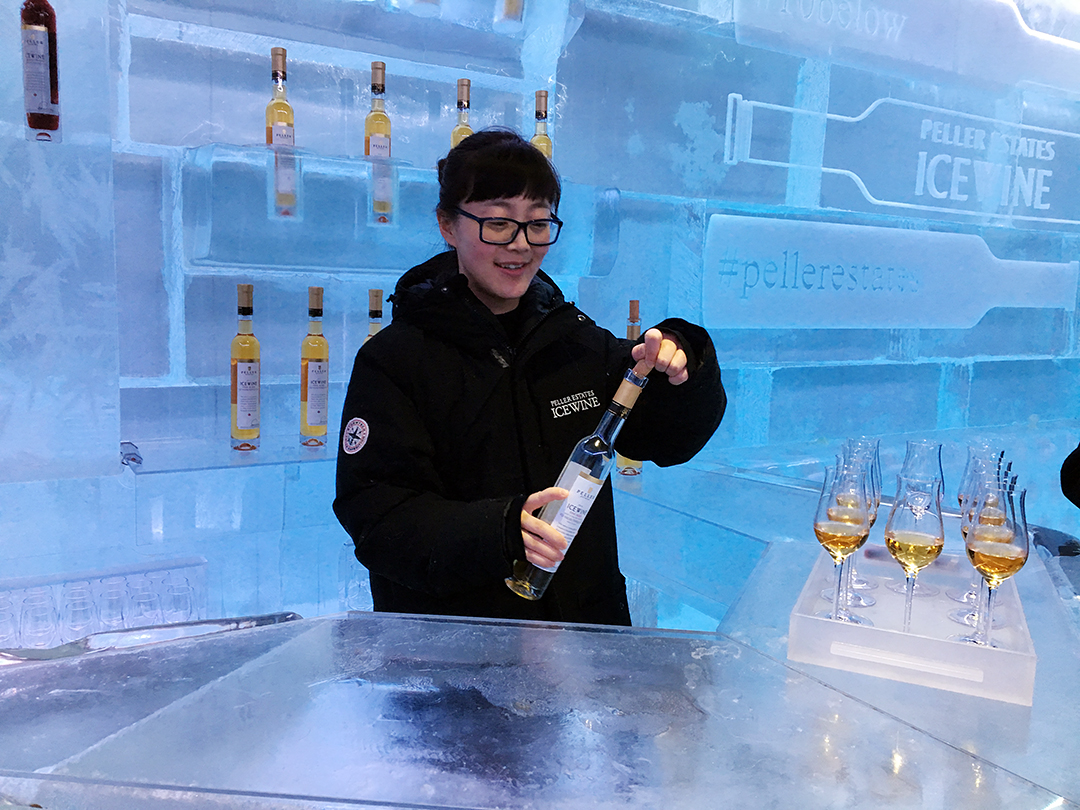 Dinner followed with an interesting selection of wines, including an Icewine with sashimi. 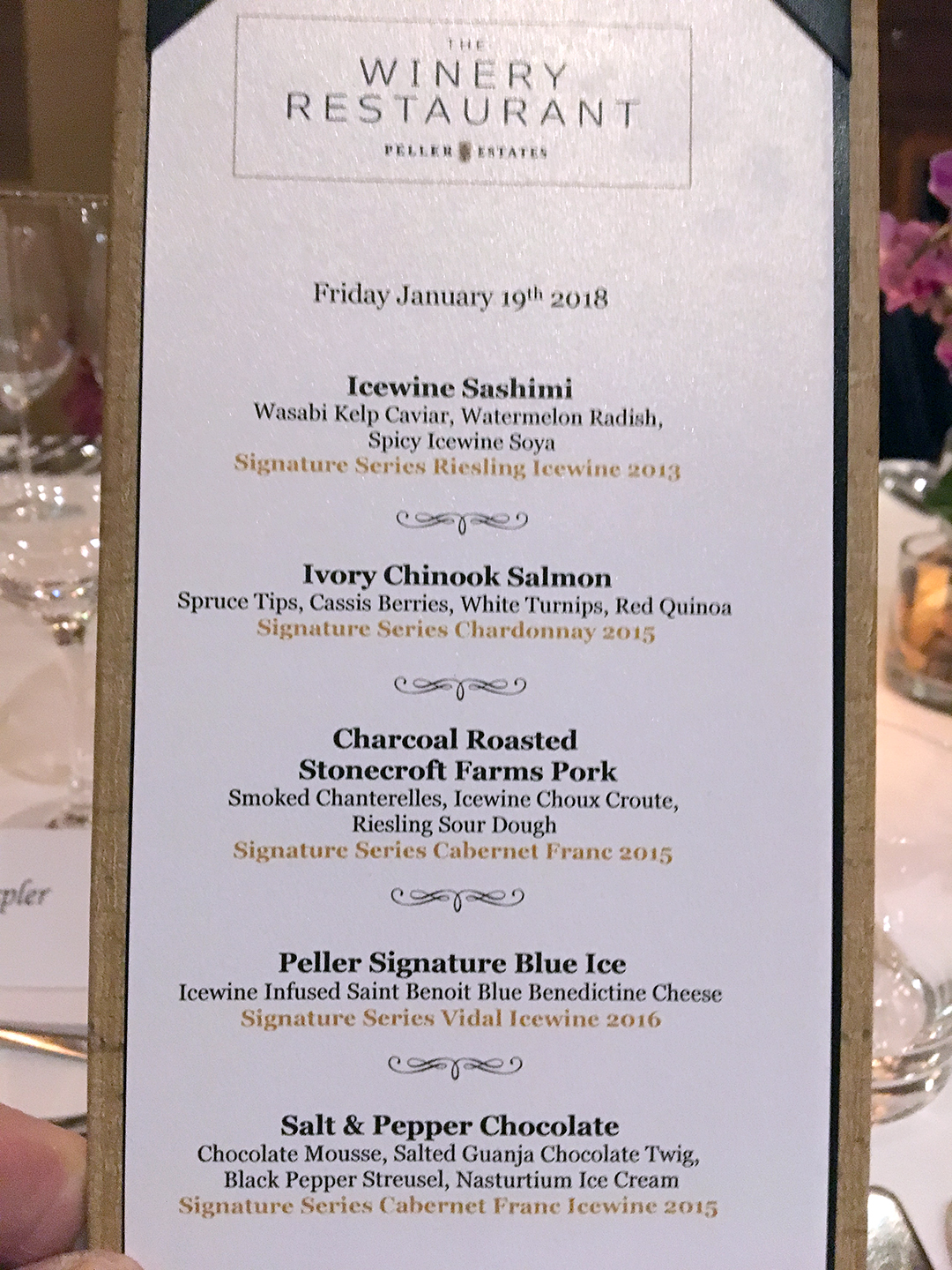 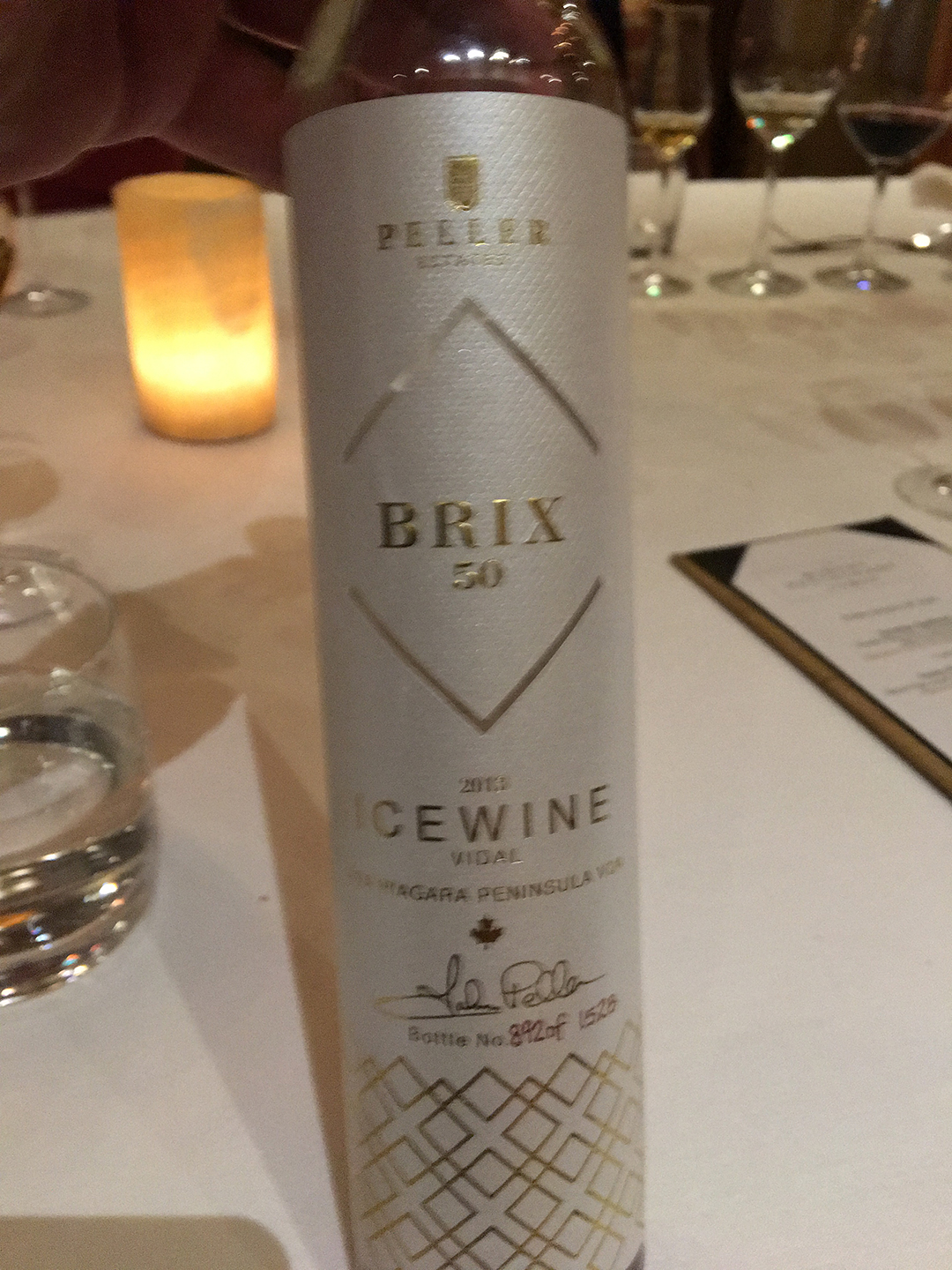 To end the evening, we were all given giant Icewine-infused marshmallows on sticks and we roasted them outside on a wood fire. 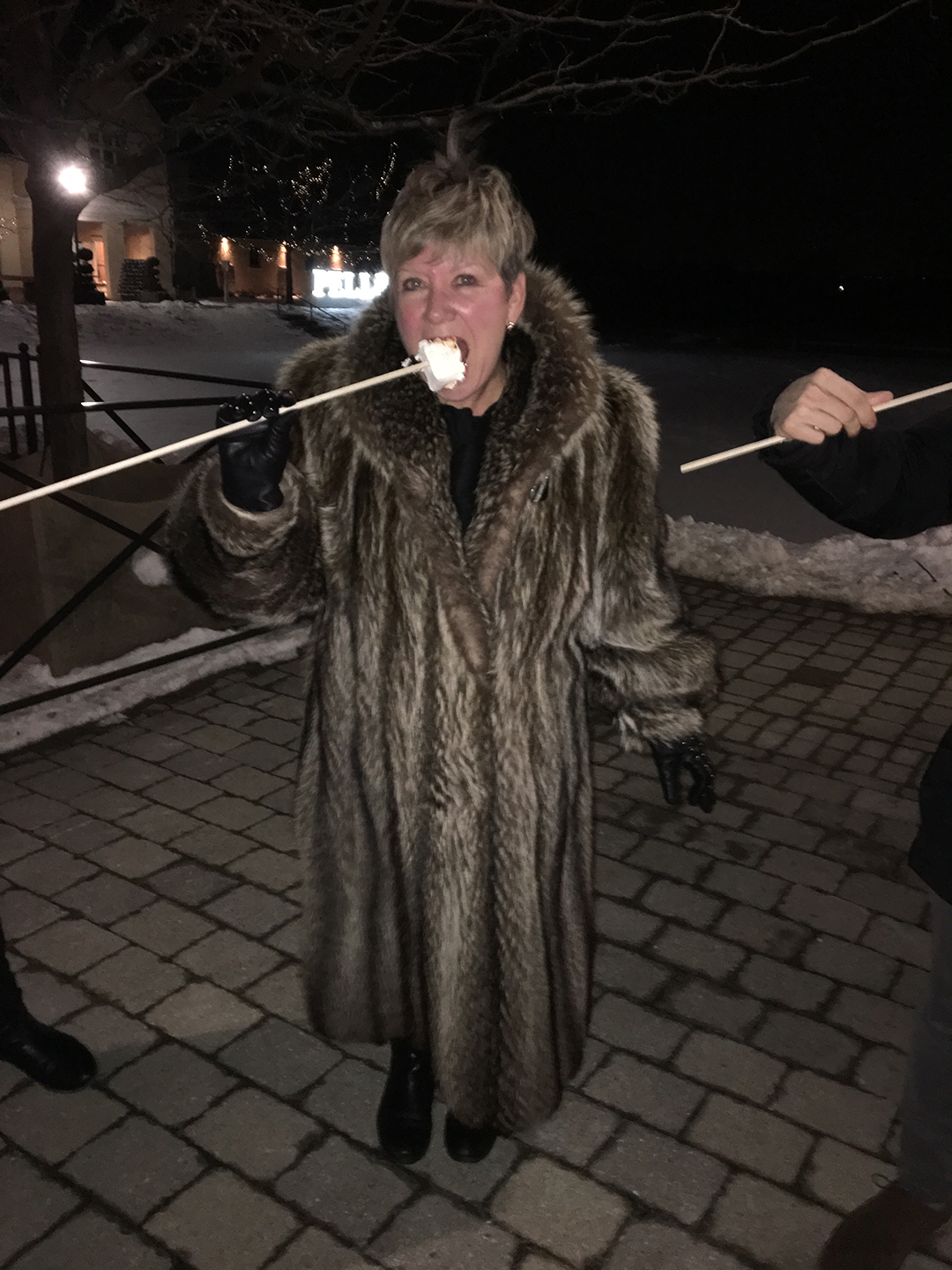 Deborah at the marshmallow roast

Saturday, January 20th: Deborah and I drove to Domaine Queylus, where we hosted a lunch for the successful bidder at a charity auction for Access Education Guatemala. John Nadeau and his chef son Jonathan cooked for the group of ten. Picked up a couple of bottles of Domaine Queylus Merlot 2013. 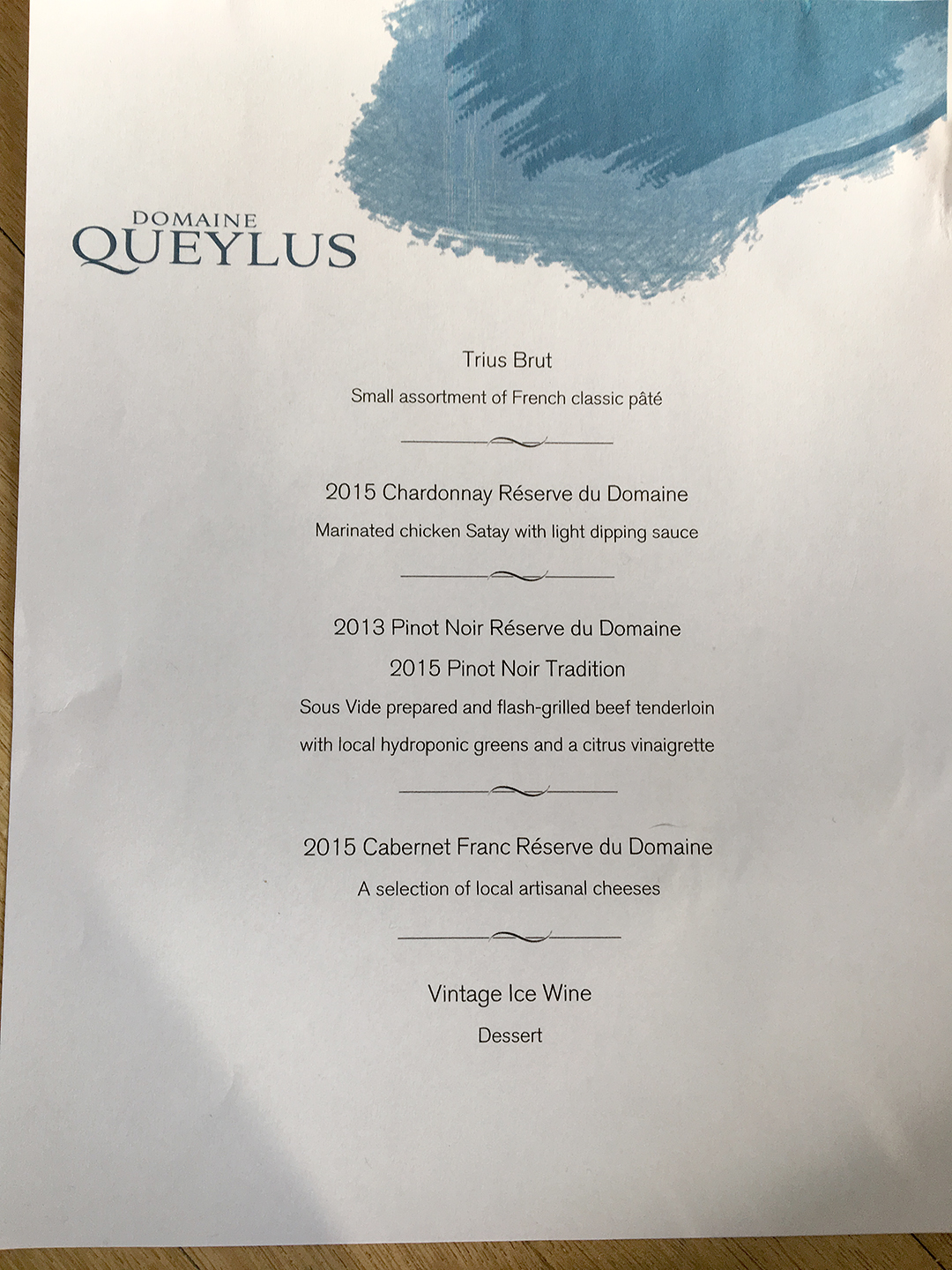