Monday, January 1st: A quiet day to start off the new year. Pinot the Wonderdog is chuffed that this is – according to the Chinese calendar – The Year of the Dog, a sentiment tempered by her insistence that every year should be The Year of the Dog.

Tuesday, January 2nd: Started work researching wineries in the Loire Valley for the Pauwels-Aspler wine and food tour to visit in May, an enviable chore on cold days like today. For dinner with stuffed peppers, a bottle of Closson Chase Churchside Pinot Noir 2015 from Prince Edward County (very Burgundian in style, light and elegant on the palate with cherry and raspberry flavours – 89).

Wednesday, January 3rd: Today, the guy who fixes blinds came around. His visit ultimately cost me $5,000 – to replace virtually every window covering in the house. (Taking comfort in the old Chinese proverb: “Happy wife; Happy life.”)

Thursday, January 4th: Craig McDonald picked me up at 10:30 am and we drove to the Falk farm barn on Lakeshore Road, Niagara-on-the-Lake, where Peller, Trius and Thirty Bench make their Icewines. An impressive operation with 23 1-tonne basket presses that operate on a 24-hour basis. 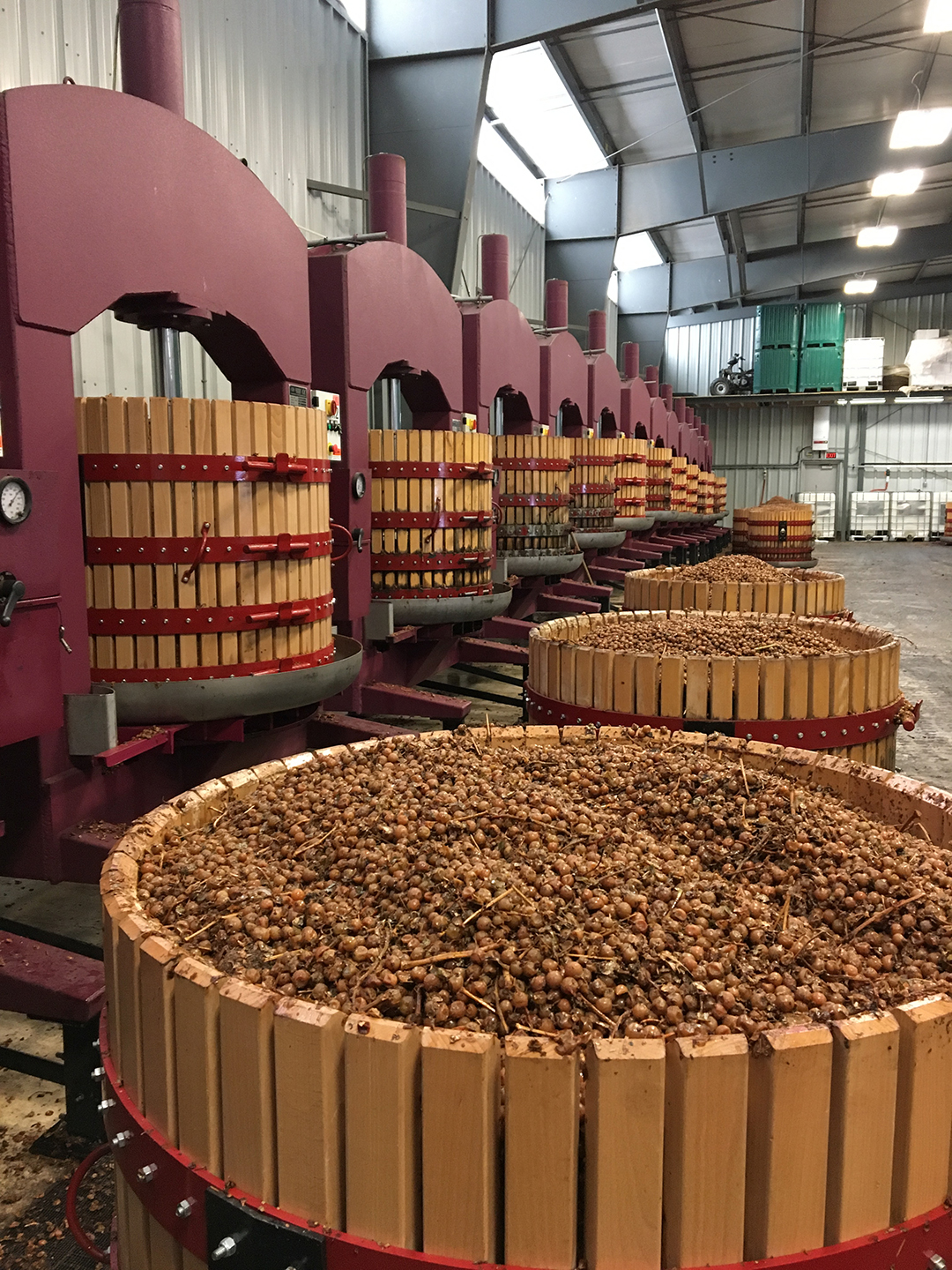 Trev Falk, who manages the site, told me that the presses go as high as 250 bars (5076 pounds per square inch pressure!). The residue from such pressing is like a huge hockey puck. 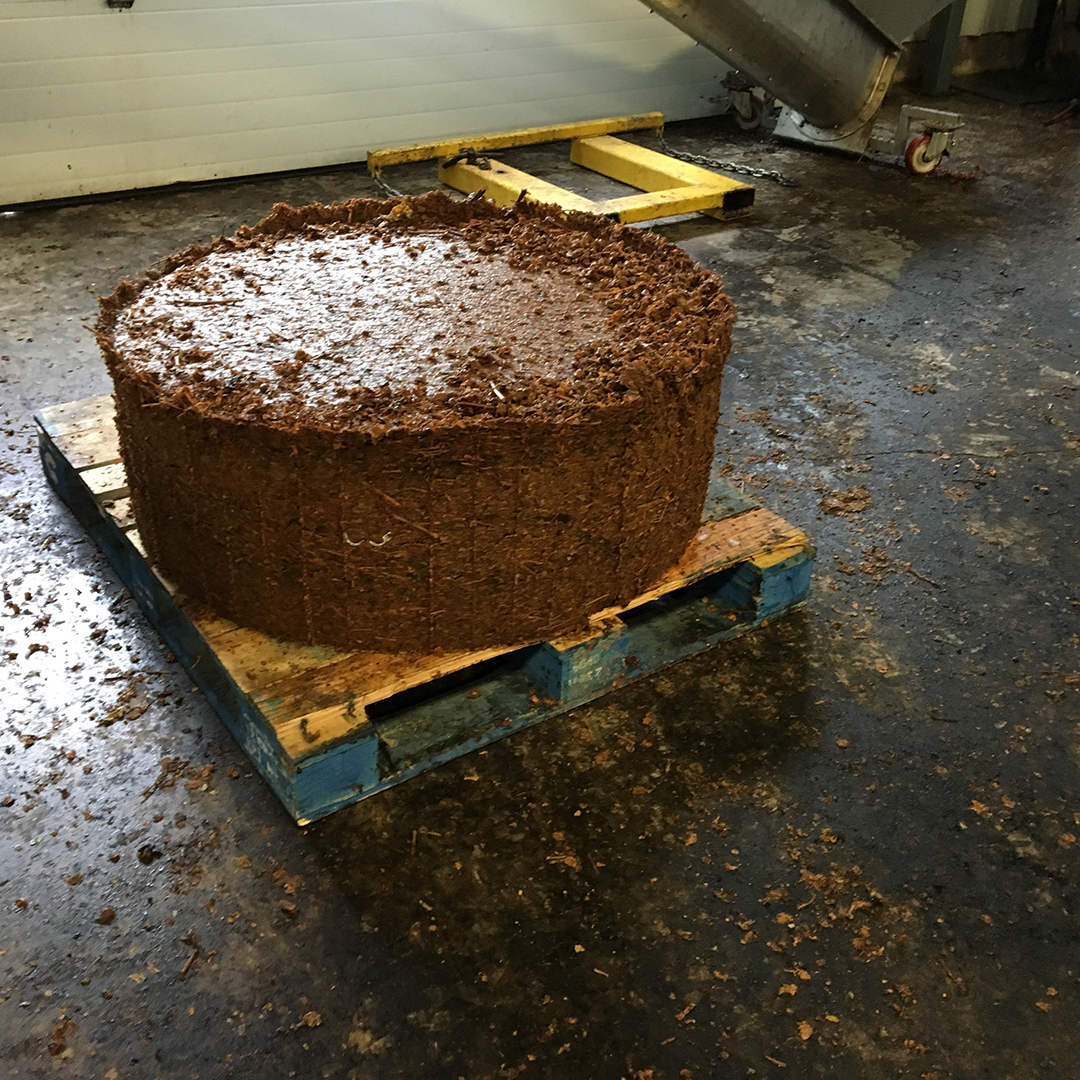 Emma Garner, Thirty Bench’s winemaker, told me that she usually presses her Rieslings at 0.2 bars. Icewine pressing takes between three and five hours. And it takes three weeks to clean up the sticky mess in the barn to make the place presentable again for weddings and functions. 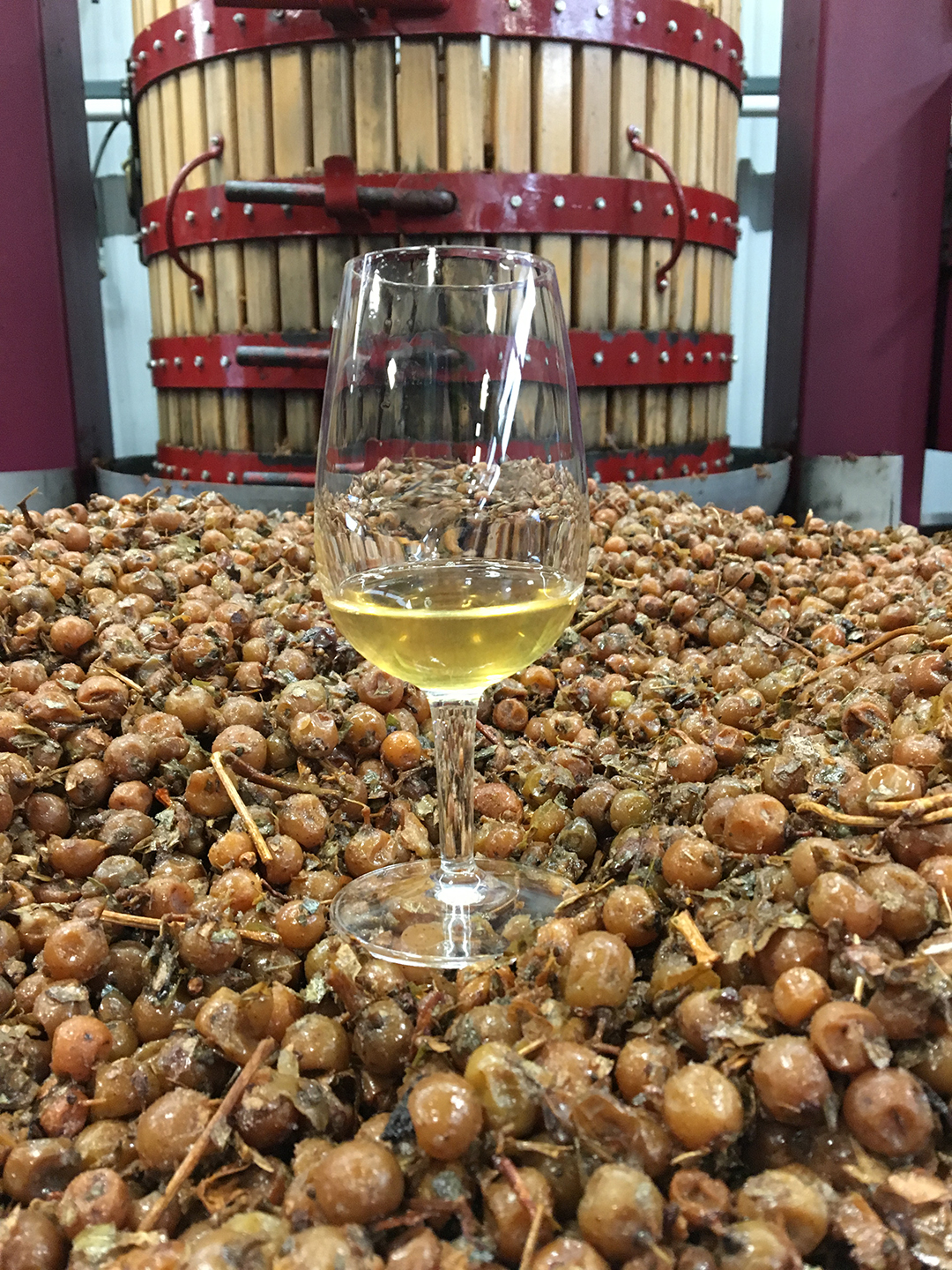 Had lunch with Emma at Trius’s restaurant, a quick bowl of soup as I had to leave for Toronto. Deborah and I drove into the city for my annual Blind Tasting Award competition for the Ontario wine importers. Seven intrepid souls braved the cold to participate in the 19th competition held at IWEG’s offices on Yonge Street. Eugene Mlynczyk MW came along to help. As a three-time winner of the award, his palate has been retired. He gave the contestant some pointers on how to blind taste.

The wines served, in this order, were: 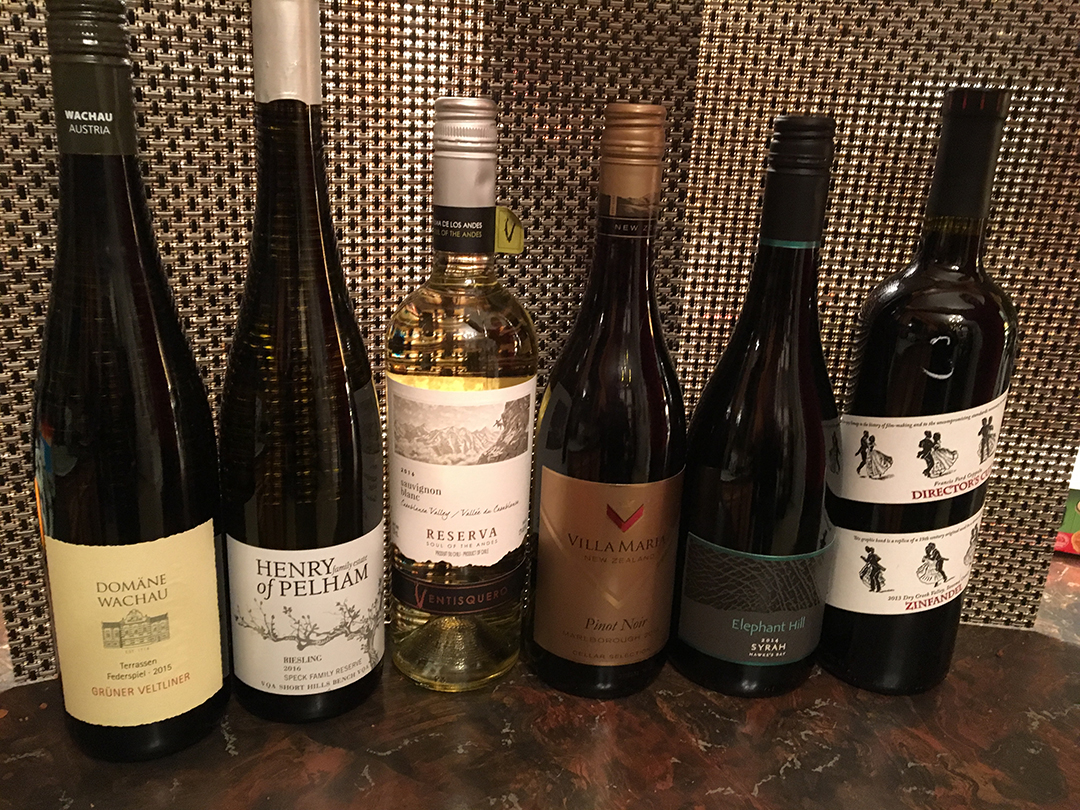 The winner was Joanna Steele of Lifford, who also won in 2015. 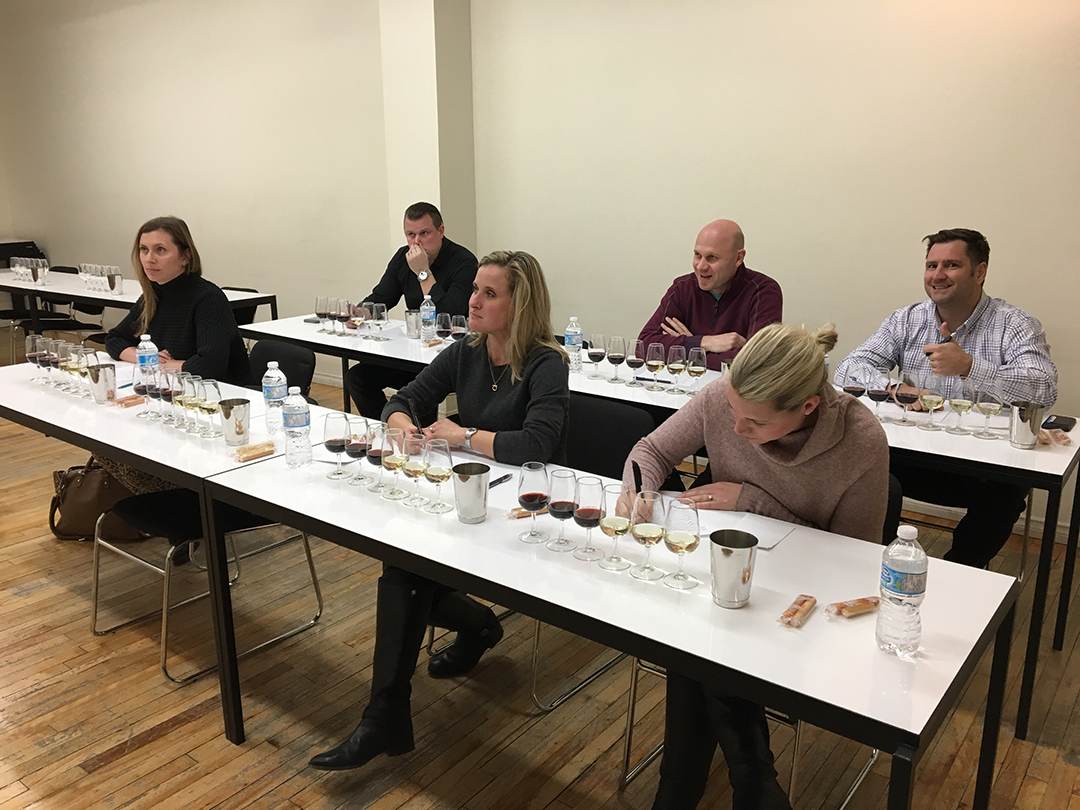 Walking back to the car, we passed Tim Hortons on Yonge Street and I decided to drop in for a bowl of chili. Seated outside the door was a young girl with a sleeping bag wrapped around her legs. Deborah asked her if she would like something to eat, as it was bitterly cold that night. She said she’d like a crispy chicken. When we went inside to order, they were out of chili, crisply chicken, had no buns, no chicken of any kind. We settled for a turkey sandwich for her and a grilled cheese sandwich for me. Deborah drove back to Port Dalhousie after dropping me at Michael Vaughan’s, where I spent the night, as I had a Vintages’ tasting the next day and didn’t fancy another trip into Toronto the next morning.

Friday, January 5th: The Vintages tasting for the January 20th release. One hundred and eleven products in all. I noticed on the back label of Charles Mignon Premium Réserve Brut Champagne a symbol warning consumers that the wine contains sulphur dioxide – the first time I’ve seen that on a bottle of champagne. 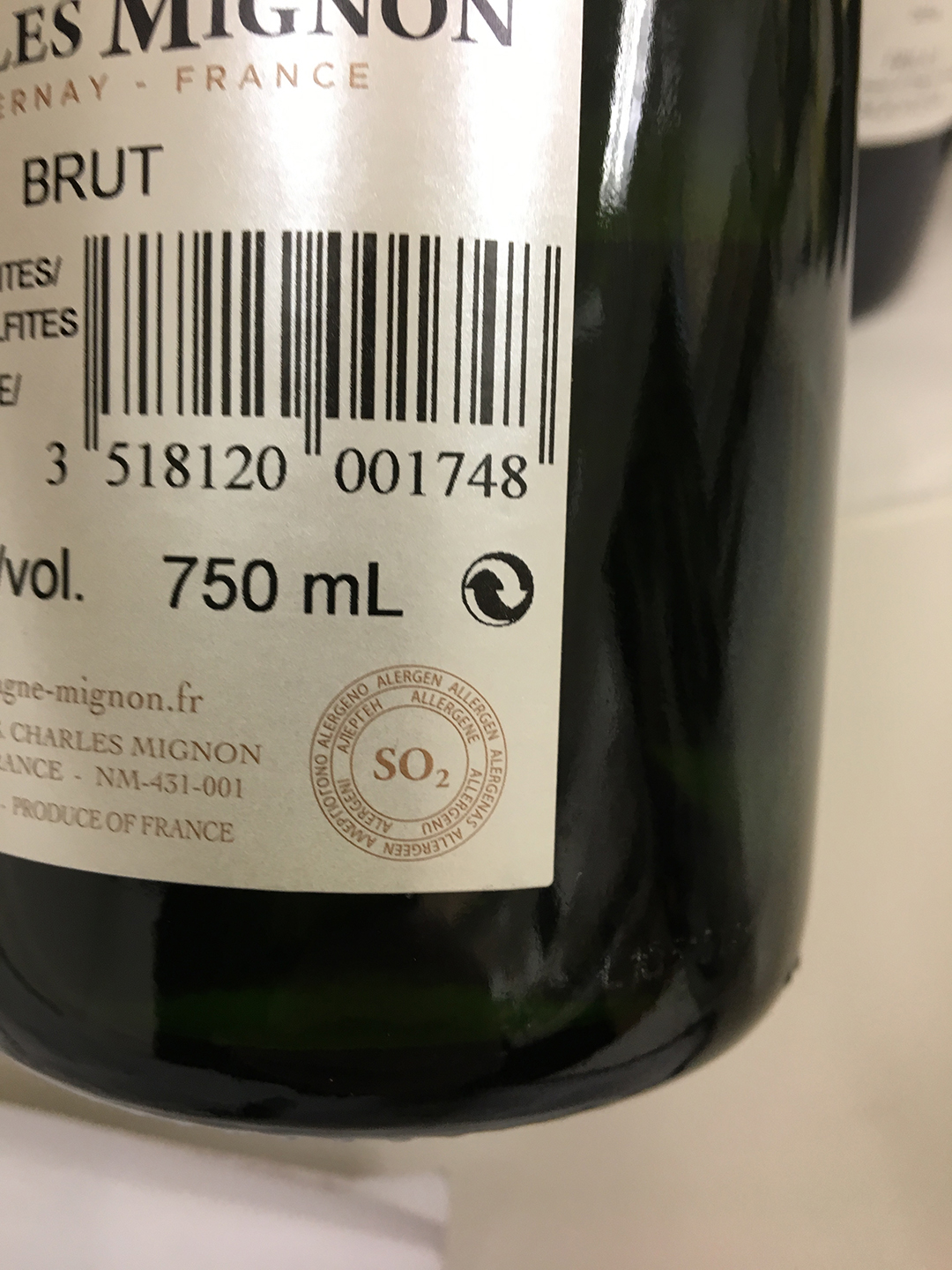 Warning on a champagne bottle re: sulphur dioxide